R is for Roslof: Digging for Gems in the Dungeoneer's Survival Guide

The easiest way to gain an appreciation for his work is just Google Images Jim Roslof
The best way is to search Grognardia for Roslof - then you get James M commentary with Jim R visual. Go on click the link and see for yourself.

What I want to explore today is one particular image in the DSG. I've used it already for D is for Deepearth.

It's this one Prisoners of the Drow 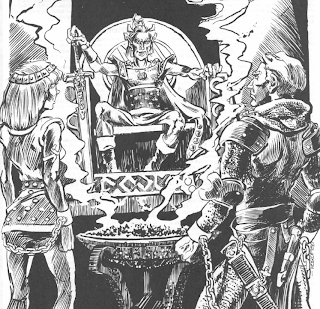 I am no James M, so you'll get from me only what the illustration makes me feel and think.

Firstly the drow - that crazy drow. Drow were wonderful then they became mundane. I blame Drizzt, as much as I once devoured the books. You see, I don't think a player should be able to play every monster or humanoid monster. The moment one codifies their abilities in such a way, they lose their mystery.

Look at this drow. 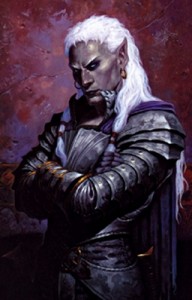 And compare him to Roslof's drow.
The modern one will either kill you or send you to the slave pits - binary outcome. His contempt for humanity, his view that other sentient creatures are only animals is evident in that pose.

Roslof's drow captures all of original D&D's cackling insanity. He might play with the prisoners, make the female prisoner his Princess Leia slave girl, the man his cupbearer, feed them to his pet (imagined off screen), let them go, cackle a lot, and then some more.

I ask you, which Drow incarnation is likely to have the most role playing fun? Roslof for sure. Does Roslof's drow make sense? Does it tell you how the society may work? But is he all codified and boring?

Bring on craziness, the characters might just survive that. Whereas the below... 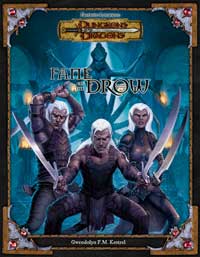 Here's a modern image of prisoners being presented to a drow that hasn't lost its way. Very evocative. The setting, the grandeur, the figure in white behind the throned drow. It's not as crazy as Roslof, but I could build a world around this one image, just like I could with Roslof.
I'm not sure who this modern artist is, but click the image to see where I found it (originally google image drow) and see if you can find out. 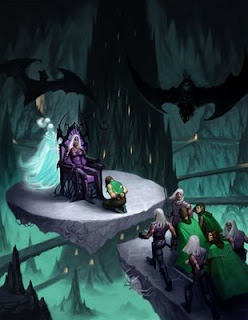