Inspiration: when faced with a puzzle or technical problem that is proving difficult for the player to solve, a character may roll for inspiration. A roll of 1 on a d6 (modified by a players intelligence bonus, such that those with less than average intelligence are never inspired) indicates that the character has a burst of inspiration, a, to use modern jargon, light bulb moment.  The DM should provide the player with some inspiration. This may be a hint toward solving a puzzle, or if feeling exceedingly generous an explanation how some piece of equipment functions. It should never however be used as an AD&D Identify spell. When a group is trying to solve a puzzle the most favorable intelligence modifier for the group should be used.
As a game mechanic this isn’t as radical as it might seem. For example, a group of players are faced with a puzzle they are struggling to solve. A 17 intelligence character might have sold it in a jiffy but alas the players’ intelligence is a maximum of 14 in the group.  Which is pretty damn smart! (see http://victorbravo.net/dndmisc/int_iq.html) An Inspiration roll is made by the DM. The best intelligence in the group is 17 and +2 is applied to the roll. On a 1-3 (1+2) on a d6 the DM will offer a hint to the group. On a 4-6: no DM hint. These hints can be as cryptic as the DM wishes. This group bonus isn’t so strange – Gandalf solved the riddle to entering the Mines of Moria from Frodo’s suggestion, Gandalf just put it all together.
For characters adventuring alone, naturally they get only their own intelligence bonus applied.
For low intelligence characters adventuring alone, ones with an intelligence 8 or less no inspiration is offered by the DM. While this is workable it does lack granularity since there is little mechanical difference between an intelligence of 3 and 8. An abstract suggestion is that the DM becomes sparser in their descriptions. Low intelligence players must learn if they wish to survive alone they must methodically exam all items in a room and not rely on the DM to give the key important descriptions when they enter a room. Staying in a group with more intelligent companions is a better option.
On the topic of granularity I prefer a d6 roll compared to a d20 vs intelligence score. A d6 roll, occupies similar game mechanics to open doors (1-2 + strength bonus, min 1 max 1-5), hear noise (1 for fighter, cleric and MU, 1-2 demi-humans, thieves 1-2 improves with levels), find traps (1 for most characters, 1-2 dwarves), find secret doors (1 for most characters, 1-2 elves) and other examples. Indeed I feel the d20 roll vs ability is overused and look at this table for it’s granularity for an inspiration roll using B/X ability adjustments.
Average INT on d20 has a 50% chance of inspiration! D20 rolls are best when the DM wants a high chance of player success.
While the use of Inspiration Rolls makes intelligence a more desirable ability score, I can’t see the player creating a fighter hesitating overly long before applying that score of 8 to intelligence. In most play situations more intelligent characters will always be around in the party to give Inspiration. So mechanically I remain only partially satisfied with this solution. It fails to fully satisfy my philosophy: I want EVERY ability score to be important for EVERY character. Every player should rue a low score and be pleased with a high score. There should be no dump stats.
Next post: Intelligence Score (Part 4): Intelligence vs Wisdom

Posted by The Jovial Priest at 20:19 0 comments

Unhappy with Intelligence as a default dump stat see Part 1, I have some suggestions to improve things. But first a Rules Retrospective.
The table posts badly so it can be downloaded HERE and it is also in MY STUFF.
Keep watching for Part 3 Intelligence Score (Part 3): Proposal 1 – Intelligence gives players an Inspiration bonus.

Posted by The Jovial Priest at 14:36 1 comments

Intelligence Score (Part 1): searching for a logical in game mechanic that EVERY character desires

My philosophy on ability scores: I want EVERY ability score to be important for EVERY character. Every player should rue a low score and be pleased with a high score. There should be no dump stats.
Let’s take the six ability scores using B/X rules.
Strength – bonus to hit, damage, open doors. Even a magic-user could benefit from higher strength – they can’t always escape mêlée especially at lower levels. I intend to apply the strength bonus/penalty to the encumbrance allowance – see my DM screen, and look for a future post on this topic. Every character should wish to carry more treasure.
Intelligence – language bonus. Umm… Ok for everyone but I wouldn’t lose sleep over this one even if my intelligence were 8.
Wisdom – Saving throw vs magic – in a world of magic, helpful for everyone.
Dexterity – Missile to hit, AC, personal initiative – good for everyone.
Constitution – HP bonus – need I say more?
Charisma – reaction rolls, retainers – everyone wants to be beautiful, everyone wants to be liked. Clearly understood by player and DM, used easily and often. (Comeliness – an unnecessary distraction in my opinion. Whether a character is beautiful or just likeable/inspirational is something the DM and player can decide, usually early in the character’s career.)
Intelligence seems the least useful of all the ability scores.
There are certain ways to get around this.
Class Benefits
Firstly in OD&D, Holmes and AD&D intelligence affects the chance a magic user has of knowing each spell. Much as wisdom gives a bonus to number of cleric spells that can be cast / day in AD&D, and even a chance of spell failure, how non-Vancian is that! Apart from 18+percentile strength in AD&D these class benefits only apply to the spell casting classes.
But I want EVERY ability score to be important for EVERY character.
Abstraction and the Roll vs Ability Score
The abstraction of strength, dexterity and constitution (hit points) mechanically works very successfully in D&D, a combat orientated game. It has its flaws, but less than many other systems.
When a certain test of physical ability is proposed by a player many DMs apply a roll vs ability to determine this outcome. And this works pretty well for the three physical ability scores, particularly strength and dexterity.
Charisma, has it’s own reaction roll tables but from an abstract perspective is very easy to adjudicate by a DM even without dice rolls. A DM doesn’t need a dice roll to conclude that a higher a charisma character will get a better reaction from NPC’s compared to a lower charisma character.
Intelligence and wisdom are more problematic. Although some more recent systems solve puzzles and tricks with a dice roll – old school players quietly ask – where’s the fun in that? The trouble is though it is possible to roll play someone less intelligent or less wise, it’s much harder to roll play someone wiser and more intelligent than yourself. Hence the reason dice rolls are often employed.
Saving Throws
Wisdom gives a bonus vs magic in B/X. In Mentzer and Cyclopedia it gives save vs spells and AD&D it’s save vs magical attacks (more on this later). What I want to address is assigning each ability score to benefit a certain saving thow much as suggested in the Cyclopedia optional rules. Strength vs paralysis and turn to stone. Intelligence vs mind attacks (which is actually what wisdom does in AD&D). Wisdom vs spells. Dexterity vs wands and dragon breath. Constitution vs poison (but not death ray for some reason). Charisma vs nothing but at least you die pretty.
Linking each ability score to a saving throw is alright, but cumbersome, and not really going to stop intelligence being a dump stat. And surely resisting dominating mind magic is wisdom (will) not intelligence.
I want to try and propose better… Coming soon Intelligence Score (Part 2)

Posted by The Jovial Priest at 22:36 0 comments

Acquirement and a Silver Based Economy (Oh Gary...)

In my last posting I was extolling your economic genius. Your AD&D was the only D&D system where the cost of hiring an armorer versus the output of the armorer made any sense.


Since my last post was a fair size ramble here is the relevant paragraphs copied again:

I hire an armorer in B/X and Menzter and it costs me 100gp/month (and that’s not taking into account building them an armory) and they make for me 1 plate mail suit, which I could buy for 60gp elsewhere and during this time they can’t maintain my other soldiers armor. Or they make for the month 5 weapons (5 swords = 50gp). I think I’ll have 10 off the shelf please and not bother having an armorer at all. I know supply demand –but it still doesn’t make sense.
AD&D 400gp plate mail and it takes my armorer 90 days for 300gp hiring cost – this is better. I might just hire one and he may even be able to feed his family. 180 gp worth of long swords for the cost of 100gp – yeah, I’ll have a weapon smith in my castle.
As for the armorer costs / month and their output – AD&D the whole way – Gary obviously put some thought into this very topic. I’m stepping in the footprints of a giant.


Unfortunately when I looked at chain mail it all goes wrong. AD&D DMG page 29. Armorer 100gp/month and takes 45 days to make a suit of chain mail. Chain mail can be bought in the Players Handbook for 75gp. As in, I pay 150 gold and he makes me a 75 gold piece of armor. And that's forgetting the DMG obscure rule that suggests it costs 10% additional to make an item on a per job basis. I assume that's for an armorer usually doing general duties and then tasked with an additional per job request, or not set up to churn out chain mail after chain mail.


Leather armor is just as confusing. Supposedly DMG says I need an armorer 100gp/month + leather worker 30sp/month (3gp/month) to make in 10 days a 5gp suit of leather armor. Seems, on price, more logical to be made solely by the leather worker but DMG says they make backpacks and other simple leather items, not armor.


Naturally it is unlikely there is a market for that quantity of shields or the ability to continue at this pace unless during wartime - but bang for buck shields are very economical.


Ok, concentrating on the B/X armor and ignoring scale and banded etc, for KotB:


Metal armor is made by armorers. Leather armor by leather workers.


Leather is made by a leather worker (3gp/month) who, let's say, specialises in armor (extra 2gp/month and perhaps works under the armorer) and can be made in 10 days for 5gp (AD&D price). Cost 5gp/month to make 15gp, but unlikely will make 3/month as assisting the armorer in other work. Alternatively made by armorer or mostly by his apprentices and can be made over 10 days additional to his other work, hence it's cheaper cost.


And let all of the above gp=sp since silver based economy.

Posted by The Jovial Priest at 21:49 0 comments

Acquirement and a Silver Based Economy 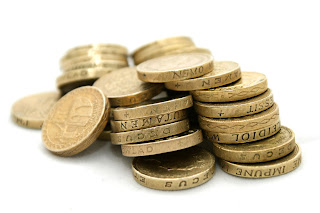 Posted by The Jovial Priest at 15:13 4 comments