You're really smart Jovial, you must speak a lot of languages.

I speak English only, and even that with an Australian twang.

The more I live in England, and the more Continental Europeans I meet, the more I realise that linking intelligence to number of languages known is non-sensical.

What, every child in Continental Europe has an intelligence of 13 or above because they can speak English and their native tongue?

I think this reflects the ango-centric nature of the rules. Maybe in the USA (not Canada you lucky guys and gals), the UK and Australia you have to be pretty bright to be offered the opportunity to learn another language at school. But not so for vast areas of the world, where bi, or even try-lingualism is the norm. What everyone in Switzerland has a 17 intelligence (+2 languages) in their tri-language country?

I don't think it's even historical in England - French and English being commonplace in England during the middle ages, not to mention those that also knew Latin. Every vaguely educated person = 17 intelligence, I don't think so.

Intelligence might be used to modify speed of language learning?
You travel somewhere, how quickly do you pick up the lingo? Depends on your intelligence score.

Every week roll to advance, modifying roll by intelligence score. If fail, add +1 to roll for each subsequent week, until advance to the next level.

Additionally, or perhaps, it is time to abandon the link between intelligence and number of languages known, and use it for XP bonus.


You catch on quick: Only Intelligence gives XP bonus

Email ThisBlogThis!Share to TwitterShare to FacebookShare to Pinterest
Labels: intelligence 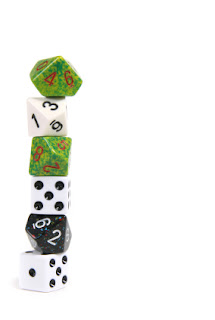 We all know shields are underrated, even with such rules as Shields shall be Splintered and all the good comments here.

I'm interested in shields and their offensive capability and I want more dice rolled. I would like shields to be treated as if they are an off-hand weapon.

SHIELDS
If the player has a strength greater than 12 a shield not only grants +1 AC, but also can be used offensively using the following options.

Shield Bash
Roll a 2nd d20 'to hit' with the shield. If successful does 1-2 damage plus strength. Any shield magical bonus are applied to both the shield 'to hit' and the damage. The shields bonus to armor class is not effected.

Shield Overpower
Roll a 2nd d20 'to hit' with the shield. If successful it inflicts no damage but the opponent is -1 initiative for the next round. Strength bonus is additive as well as any shield magical bonus which is applied to both the shield 'to hit' and the penalty to initiative. The shields bonus to armor class is not effected. (I think this ability will prove very useful.)

Additionally a shield can be used by any character regardless of strength to cower.
COWER behind shield: – can’t attack, -2 AC (2 better AC), +2 saving throws. Any strength or magical shield bonus is additive.

Both weapons get a 'to hit' roll, without penalty.

TWO-HANDED WEAPON
If the player has a strength greater than 12, a 2nd damage dice is rolled when wielding a two-handed weapon, and the larger number is taken as the damage.

Posted by The Jovial Priest at 20:30 8 comments

Email ThisBlogThis!Share to TwitterShare to FacebookShare to Pinterest
Labels: combat

One of my projects, long on hold was the creation of the Old School Adventure Guide.
Re-inspired by JB which allowed me to find Jeff's eXPloration 2009 post (my vote is for 100-600 XP per wilderness hex explored, shared by the party), and having abandoned any HP loss for overland travel mechanic, here's something to add into the mix.

And don't forget, everyone likes choosing cards. Blanks left for you to suggest and if you like blanks, you will find many more, in fact mostly blank, in the OS Adventure Guide. Join the project.

Random Events and Monsters Tool
Daily roll 1d6, on a 1-2 get the players to draw a card…
54 Deck of Cards (2 Jokers)
♥ = Relational
♦ = Situational
♣ = Confrontational
♠ = Environmental
Joker = Draw 2 more cards and ‘somehow’ link them.

Posted by The Jovial Priest at 20:30 1 comments 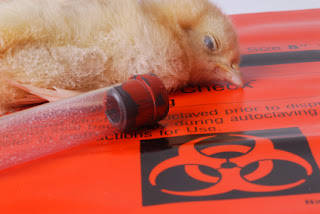 Don't like save or die, confused by Neutralize Poison rules?

Then what I have introduced may be helpful.

Poison does damage over time. Roll for damage, roll for time, start the poison. Simple, and it is even realistic.

Player anxiety, time to heal, no save or die. I am going to use this mechanic for all my poisons. Easy to scale up or down depending on strength of poison eg 1d10 damage over 2d6 rounds.

No healing available, time for that farewell speech. Unless one likes, "Black Dougal gasps 'Poison!' and falls to the floor. He looks dead."

Posted by The Jovial Priest at 20:30 8 comments