D is for Deepearth: Digging for Gems in the Dungeoneer's Survival Guide

Much has been maligned about the Dungeoneer's Survival Guide but what most claim to have enjoyed and have fond memories of is the Deepearth campaign setting. Douglas Niles went on to elaborate this setting further with the High Level AD&D adventure H2: Mines of Bloodstone. 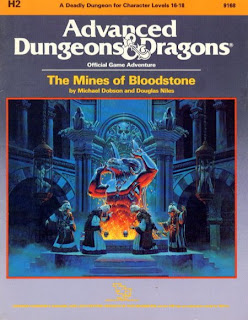 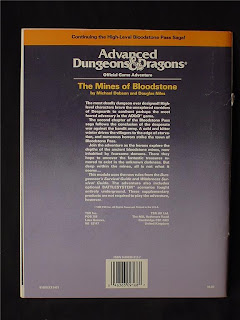 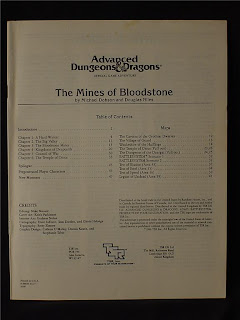 It's all there... "brave the unexplored corridors of Deepearth" to "Chapter 4: Kingdoms of Deepearth."
Not to mention "This module uses the new rules from the Dungeoneer's Survival Guide..." Plus Wilderness Survival Guide and Battlesystem (another Niles product).
Back to page 75 of the DSG: Lands of Deepearth
I'm just going to list some of the areas outlined with a hint of what lays beneath:
Upper Caverns: inhabited by creatures that like to leave their subterranean lairs to raid human settlements: troglodytes, goblins, hobgoblins...
Cathedral Caverns: the presence of stalactites, stalagmites, and draperies is so overwhelming in the huge central cavern that the overall appearance is similar to an ornately decorated cathedral.
Enclosed Caverns: These humans, numbering about 20, are mostly men. They live off the few fungi plants in the adjacent caverns, and an occasional fish. (Some of these fungi glow with a greenish phosphorescence and serve as feeble light sources.) They have a ragged collection of weapons among them. Most of them are quite mad and, although relatively harmless unless threatened, the very
appearance of the gibbering, drooling pack of castaways is cause for concern.
Caverns of the Ancients: This corridor leads to a huge, domed chamber nearly 1/2 mile in diameter. Massive stone columns support the ceiling. In the exact center of the chamber is
an elaborate temple carved with bestial shapes.
Fungus Forest: More on that when we get to F.

Caverns of Doom: The name is derived from the tales of adventurers who penetrated this region and returned to the surface to tell of its terrors. The most proliferate denizens of the region are the jermalaine.
Jermalaine first featured in D1 and then Fiend Folio
Here's a pic of the gremlin like jermalaine 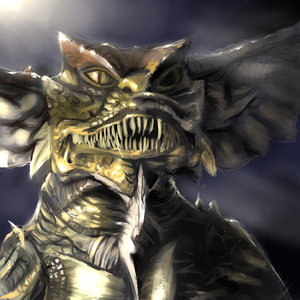 Outpost of the Illithids (got to love those mindflayers) 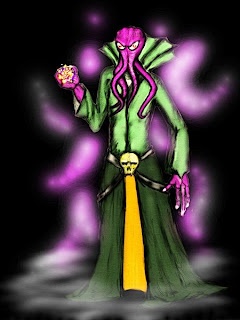 Incidentally if you want some advice on how to DM these supra-genius opponents (that's smarter than you are) look here at the advice from Nine and Thirty Kingdoms: I meant to do that.

Mid Level Caverns: Yep, long way down. Is it getting warmer or is that just my imagination?


Chambers of Fire: The temperature in the approach tunnel is so hot that creatures not resistant to fire sustain ld6 points of damage per turn. Mephits are the most common denizens here, and are represented

in all four of their forms: fire, lava, smoke, and steam. 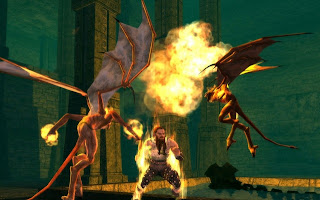 Ok, I know these pics aren't from the DSG but hey, they're fun. 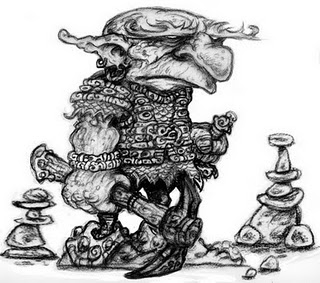 Lands of the Deep Gnomes


I am trying to link the pic to source: this one is from Ben Hodson - click on the pic!


The Melting Pot: for the different races interacting (fighting) here not for the heat. 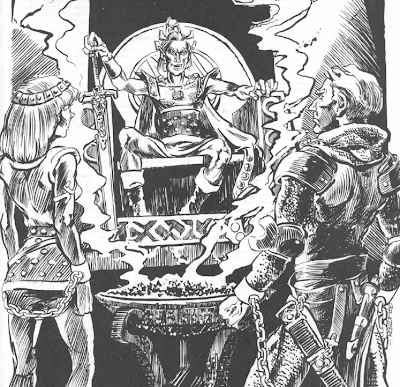 Gems we should take
1. Deepearth