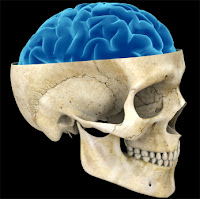 Below are my tables for the Mental Attributes: Intelligence and Wisdom.
For both ability scores I include a descriptor to better help DM and player alike understand the effect of that ability score.

NOTES & Links
Inspiration Roll Rules - since role playing an intelligence higher than one's own is very difficult.
Only Intelligence gives XP - and at low intelligence should be much harsher than standard rules.
Minimums are given for all player characters, spell casters (both cleric and magic-user) and elves.
Spellbooks - I have taken the B/X line that the number of spells in one's spellbook is determined by the number one can cast in that level / day. I have expanded this to allow higher intelligence characters to have an increased range of spells in the spellbook. I am planning to allow magic-users and elves to cast any spell from their spell book up to the their maximum number of spells / level / day allowance. Shock horror how non-Vancian. I just get sick of the default magic missile/sleep/charm person spells compared to any other choice and similarly at higher levels the total predominance of fireball/lightning bolt. I want to see more choice. Go on, cast that ventriloquism spell on that sleep immune enemy and escape. Maybe you just might, if you didn't have to sacrifice memorising sleep spell for that day.

NOTES & Links
The Descriptor actively encourages the player character to choose one or two phrases that best sums up their characters ability score and supports better and appropriate role-playing for that score. It may seem strange that I have linked high wisdom to bravery and low wisdom to cowardly. This in my opinion reflects the drive and determination of the wilful person. The wilful person thinks they have something worth fighting for, the unwilful person has trouble getting out of bed in the morning and doesn't want or seek trouble.
It may also seem strange that areligious is equated to a low wisdom. This is not a go at Richard Dawkins! D&D, as given to us, is a world of gods and demons that grant clerical spells, that have always been linked to the wisdom ability score. It seem infinitely logical and indeed implied, that those with a higher wisdom (religious awareness) are better tapped into the spiritual cosmos. There is thus also a minimum wisdom of 6 to be a cleric.
I am going to allow clerics (Templar clerics), like magic-users above, to cast any spell up to the their maximum number of spells / level / day allowance. However unlike magic-users, clerics don't have spell books but rather than allow them the full range of all spells for that level immediately, I have chosen a staged increase. Their clerical spell knowledge increases over time at 1d4 spells / level, minimum determined by wisdom bonus AND the wisdom bonus additionally allows one to choose that many spells, the rest are randomly determined. Therefore it takes a few levels of advancement for a cleric to know all the spells for that spell level but a cleric with wisdom 13, is guaranteed cure light wounds, if they wish to choose it.
Wisdom ability score 4-5 allows a choice between negative in-game mechanics, no such choice is allowed at Wisdom 3.
Intuition Roll Rules - since role playing a wisdom higher than one's own is very difficult.