The OSR House Rule Wiki: Links to Wisdom - She GROWS 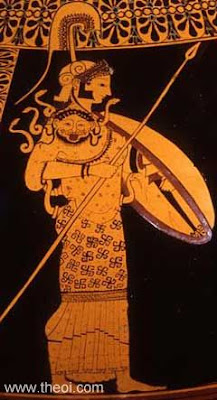 Wow, wow and wow!
Can I just share an email Alex sent to me on March 23rd 1 day ago!
Hi JP
I may have the technical expertise to provide a wiki, but for this project to fly we need a champion. Starting a wiki is hard. When I started the Emacs Wiki for example, I had to write about 1000 pages of content before it was valuable enough to attract other contributors. It has the awesome potential to be organized by humans but if you compare what happened in the big race between Google (automatic search) and Yahoo (human organization), you'll note that there are many alternatives: Just Google it, use shared bookmark lists like Delicious by Yahoo or Google Bookmarks, and so on.
Setting up Links To Wisdom on Campaign Wiki was trivial [I think you are downplaying yourself here Alex and your background efforts]. I'll be watching it and I hope it'll attract enough maintainers!
Cheers
Alex


I think, I hope we have enough maintainers- that's all of you! At one stage yesterday the site was being saved every two minutes by multiple users which led to some minor glitches.


So let me highlight what has happened in the first 24 hours.
The wiki grew so rapidly Alex had to rapidly break the contents down into separate pages.
Over 30 people have contributed already so I have created a founding roll of honour (let me know if I missed you off by accident)


Sorry if I have missed anyone as I was reading off the list and copying it here.


Just look at some of the good bloggers the site has linked to.


Roll of Honour: Those who have been considered wise [order below is as appears on wiki]
OD&D Discussion Forum [forum posts are excellent links for this wiki, not just blog post]
Playing D&D With Porn Stars
RPG Blog II
Cyclopeatron
Robertson Games
Roles, Rules and Rolls
Valley of Blue Snails
Akratic Wizardry
The Tao of D&D
Trollsmyth
The Jovial priest [okay it was me]
Erin D Smale as hosted by breeyark.com
Lands of Ara
Magician's Manse
Grognardia
B/X Blackrazor
Vancian Spellpoints [not sure who own this one as open in Google Docs]
The City of Iron
The Wheel of Samsara
John Wilson
Hill Cantons
Jeff's Gameblog
Lord Kilgore
The Polyhedral Dicebag
ChicagoWiz
The Hydra's Grotto
Digital Orc

Sham's Grog & Blog
Delta's D&D Hotspot
Strange Magic
TC Dale
Ode to Black Dougal
Nine and Thirty Kingdoms
Society Torch Pole Rope
DM Muse
The Alexandrian
Vaults of Nago
Battle of the Five Armies
Joesky the Dungeon Brawler's Blog
Rolang's Creeping Doom
Swords & Dorkery
The Metal Earth
From the Sorcerer's Skull
Old Guard Gaming Accoutrements
richard thinks
A Hamsterish Hoard of Dungeons and Dragons
Knights and Knaves Alehouse
Planet Algol
Meatshields!
A Paladin in Citadel
Monsters and Manuals
Lamentations of the Flame Princess
Beyond the Black Gate
Kellri
The Same Universe Wiki
Hexographer
Alex Schroeder [the man to thank]
The Welsh Piper
Bat in the Attic
Philotomy's OD&D Musings
Daves Mapper
Hack & Slash
S John Ross
Crawdad's and Dragons
The Penultimate Harn Page
Dungeons and Digressions
Axe and Hammer
The UNderdark Gazette
Gothridge Manor
An amazing list. One I will never write out again as it takes ages to do and I keep getting distracted by all the great stuff I never new of. I hope I didn't leave anyone's name off. Tell me in the comments if I did and I will rectify.
What next:
1.In the time I wrote this Alex has created a way 'You can look at the big All In One page'
2. Though following Moldvay/Cooke contents page has worked very well, the Preparing and Running the Game (Dungeon Master Information) has rapidly evolved into scenario building, map making and world creation. I think the old player / DM split in the rulebooks is not necessary for the wiki. Indeed it can make it more confusing. So I moved Spell and Magic Creation into Spells. Wandering Monsters into Monsters. What I haven't a home for, and will take suggestions, or you can just do yourself (that's the power of open access wiki) is 'Upkeep, Dominions and Rulership'. Where should that live?
3. I agree with Zak S who said in his post  "I feel like we should leave "setting" stuff off the wiki. If everybody starts transferring whole worlds onto it then it may become unscannably long. A separate setting aggregate might be a good idea." So can I suggest Alexis' The Same Universe wiki  or the host site for Links to Wisdom, Campaign Wiki, where you can create your very own wiki!
To restate Alex and my vision for OSR Links to Wisdom:
1. A repository of links to blog posts or forum posts that clarify a rule or propose a House Rule
2. All [loosely] organised around the B/X Moldvay/Cook contents page template
3. A wiki where anyone can add a link to a post
So add the link into your blog list to keep abreast of changes and when you see a good post, which I am about to do for 'Nine and Thirty Kingdoms: I meant to do that', put in the link.
It really is as easy as everyone in the Roll of Honour found it to be.
Go on and enjoy, it is for all of us who love OSR

Email ThisBlogThis!Share to TwitterShare to FacebookShare to Pinterest
Labels: LinkstoWisdom